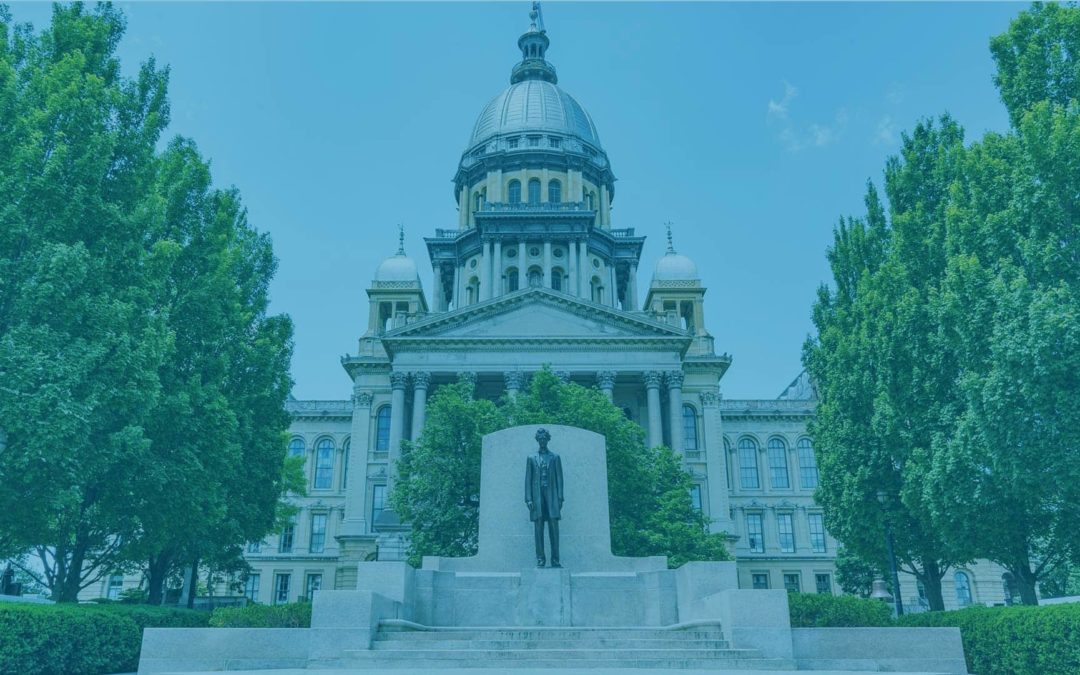 If you haven’t noticed from the litany of television ads, we are a few short days away from the 2022 Illinois primary (June 28). So why does this year seem different?

As opposed to other years, Illinois voters will select their party nominees for every statewide office this year. If you remember from last fall, Illinois lawmakers approved new state and congressional maps for Illinois.

So here is what you need to know and the races to watch in Illinois (iBIO does not endorse candidates).

Irvin has the backing of Citadel CEO (and Illinois Republican donor) Ken Griffin. But according to a new Chicago Sun-Times/WBEZ poll, Sen. Darren Bailey has a 15-percentage-point lead over Irving. The downstate lawmaker led Irving in both rural and metro-chicago. However, 27% of Republican primary voters responded as “not sure,” leaving a lot of votes on the table.

Incumbent Secretary of State Jesse White is retiring, creating the first open election since 1998. With White retiring, the winner of the GOP primary might have a fighting chance in the general election. The office’s history as a springboard to the governor’s mansion and the U.S. Senate makes this a race to watch.

Brady has been a fixture in the General Assembly since 2001. Milhiser served as the top U.S. attorney in central Illinois from 2018 until last year, an appointment from former President Donald Trump. Despite that financial backing of Ken Griffen, the Sun-Times WBEZ poll had Brady holding 29% support among likely Republican primary voters compared to 13% for Milhiser. More than 50% of voters remain undecided.

According to the Chicago Sun-Times/WBEZ poll, the field is pretty open. The primary winner will face Senator Duckworth, a popular military veteran, and a formidable candidate.

The ballot to fill outgoing, 15-term Congressman Bobby Rush’s open seat is packed with 17 Democratic candidates. Some of which are familiar names, and some are newcomers.

While the 1st Congressional District has long been a powerhouse seat for leaders in the black community, changing district demographics and redistricting, capturing rural voters in Channahon and Bourbonnais will play a role in the primary election.

Here’s the list of Democrats with top contenders listed first.

The 3rd Congressional District was created in the 2021 redistricting process to reflect the goring Latinx population in Chicago. The district stretches from the Chicago neighborhood Avondale to the western suburbs of Glen Ellyn, Bensenville, and Bartlett of Dupage County. The Dupage County suburbs will provide some conservative voters; 70% of the district votes will come from within Chicago.

Four Democratic candidates are running for the open seat, with two emerging as frontrunners. Their endorsements provide a picture of their politics.

Villegas, a former union truck driver, and U.S. Marine veteran, describes himself as a “pragmatic progressive,” which may be more appealing to the district.  Villegas is endorsed by veteran and labor groups, the Chicago Tribune, Daily Herald, Congressman Brad Schneider, former congressman Luis Guitierrez, and Jesse White.

The other Democratic candidates are Iymen Chehade, a professor at Columbia College Chicago and the School of the Art Institute of Chicago, and Juan Enrique Aguirre, a nurse and Chicago cannabis businessman.

Justin Burau, a real estate broker, is running unopposed in the Republican primary.

The 6th Congressional District includes portions of Chicago’s western suburbs and has the unusual circumstance of two incumbents competing in the primary: U.S. Reps. Sean Casten and Marie Newman. The district has a long history of being represented in Congress by Republicans. That changed in 2018 when Sean Casten unseated former Representative Peter Roskam.

The 2021 redistricting process changed the dynamics of the district when the new congressional map placed Rep. Marie Newman’s house in the same congressional district as Rep Chuy Garcia’s. Newman decided she would run for another term in Congress in the 6th District, creating the Newman-Casten primary.

Newman has argued she has the progressive policy chops to win the Democratic primary. In contrast, Casten has argued his moderate background would be a more significant advantage that would allow the Democrats to retain the seat in the November election. Casten has been leading the district in fundraising.

Similar to the 6th District, two current Republican members of congress are competing against each other in the primary shaped by the 2021 redistricting process that saw Illinois lose a seat and create the new 15th district that will represent a large portion of central and southern Illinois.

Incumbent U.S. Reps. Rodney Davis and Mary Miller are squaring off against each other in the GOP primary as Paul Lange runs unopposed on the Democratic side.

Miller is in her first term as a congresswoman and has won the endorsement of former President Donald Trump. Miller’s objection to the fair election mirrors that of likely Republican voters, who overwhelmingly believe that Trump should have been President, as a recent Chicago Sun-Times/WBEZ poll found.

Davis is a seasoned politician running for his sixth term and is well-known in the district. Davis differs from Miller in that he voted to certify the 2020 election results and supported a commission investigating the Jan. 6 insurrection.

4th District: Incumbent Delia Ramirez’s decision to run for Congress has left open a seat that includes Chicago’s Humboldt Park neighborhood. Lillian Jimenez is the front runner. Jimenez is currently director of the Office of Welcoming Centers for Immigrant and Refugee Services at the Illinois Department of Human Services. Jimenez was also chief of staff for Jesus “Chuy” Garcia when he was a Cook County commissioner. Manuel Jimenez Jr. is a high school teacher from Humboldt Park, and Hector Villafuerte, active in the Humboldt Park Advisory Council, are also candidates.

19th District: Incumbent Representative Lindsey LaPointe will face business owner Tina Wallace in the Democratic primary. This will be the second primary Rep LaPointe will face since she was appointed to the seat in 2019. Her district makes up half of Senator Martwick’s district, home to many Chicago Police Officers and Firefighters. Wallace is also backed by the Chicago FOP and points to LaPointe’s views on police/crime in the state.

21st District: Rep. Mike Zalewski (D-Riverside), Chair of the Revenue Committee, picked up his first primary challenger in over a decade. Abdelnasser Rashid, a Harvard graduate with solid ties to the progressive wing of the Democratic party, previously ran for Cook County Board and Board of Review. Rashid has been gaining traction in the district and poses a real challenge to Zalewski.

51st District: Chelsea LaLiberte Barnes is facing Nabeela Syed in the Democratic primary. The winner will face Representative Chris Bos in the general election. LaLiberte Barnes is a social worker and small business owner from Lake County. She has been active in the nonprofit space, advocating for public health legislation in Springfield. Syed is a recent graduate of the University of California, Berkley. She has worked with various progressive organizations, including Emily’s list. This race is highly contentious as the House Democrats have deemed it winnable in November.

Senate District 10: Incumbent Senator Rob Martwick is facing Chicago FOP-funded Erin Jones. The 10th Senate District is home to a large portion of Chicago Police and Fire. Jones is a Chicago Detective with very moderate political views.  In 2018, Jones was a Republican precinct captain in the 39th Ward but stands by the fact that she is a lifelong Democrat.

Senate District 43: Senator Eric Mattson was recently appointed to fill the vacancy of Senator John Connor. Senator Connor has decided to run for Judge in Will County. Senator Mattson will face far-left primary challenger Rachel Ventura. Senator Mattson is a union firefighter that was instrumental in the COVID-19 vaccine rollout in Will County. He and his union are very politically active all over the region. Ventura is a far left-leaning Will County board member. She ran against Congressman Bill Foster in the 2020 primary.