A Look Back at The 2019 STEMgirls Camps 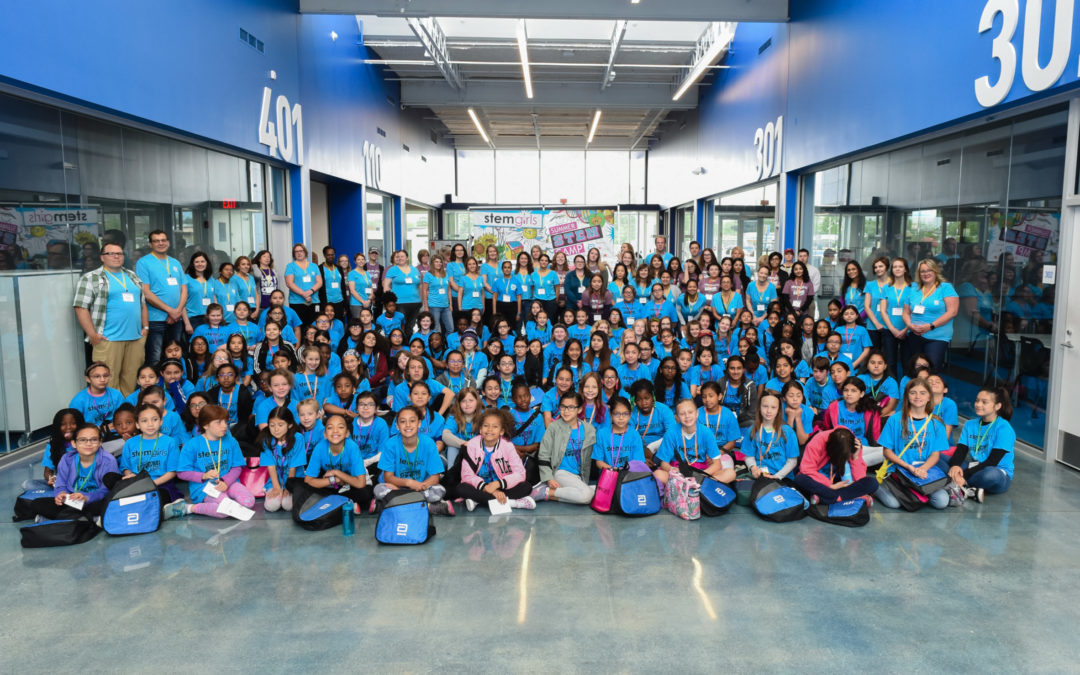 The 2019 STEMgirls Summer Camps were held June 3-7 at Southwest Illinois College in Red Bud, IL and June 17-21 at Cristo Rey St. Martin College Prep in Waukegan, IL. The camps were made possible through the generous support of Abbott, Astellas Pharma, Horizon Therapeutics, and Lundbeck as well as local community support in Red Bud. This year, 207 3rd-8th grade girls participated in the camps which offered five days of fun, engineering-focused hands-on STEM activities, field trips and networking with local business and industry partners.

Activities centered around environmental science and utilizing science practices of experimentation and engineering design to solve a variety of problems.

“I thought this year was the best yet!! Thank you so much for getting the funding to continue the program! It was the one thing the girls didn’t want to miss this summer” -STEMgirls parent

3rd-6th grade girls in Waukegan visited the Lake County Forest Preserve to learn about conservation and the use of macroorganisms as environmental indicators. 7th and 8th grade girls visited Medline Industries in Mundelein, IL where they evaluated the tensile strength of gloves, examined the flammability of a variety of materials, and tested the chemical make-up of metals and plastics. They also participated in an activity to learn about natural selection and selective pressure. Red Bud campers visited a bird sanctuary.

300 parents attended Family Day events on the last day of camp. The girls’ engineering products were on display and families worked together on an additional challenge to create sustainable packaging that effectively protects against impact damage using paper as the only raw material. Waukegan’s camp included a panel discussion for parents and 7th and 8th grade campers on career opportunities and STEM career paths. Inez Korzun, Supervisor Product Development at Abbott joined women from Astellas, Horizon Therapeutics, Wheeling High School, Cristo Rey St. Martin College Prep., and Lewis University for a panel discussion on preparing girls to succeed in STEM.

In Waukegan alone, a total of 99 volunteers gave of their time and talent by leading activities and networking with campers throughout the week; 40 volunteers from Abbott, 22 from Astellas, 12 from Medline, 9 from AbbVie, and 8 from Dell/EMC and 7 from Horizon.

Campers completed pre- and post-surveys to determine camp’s impact on girls’ impressions of STEM and STEM careers. Both camps successfully increased girls’ posiFve feelings for STEM activities, increased their familiarity with STEM careers, and had broad strong support from families. Further students from both camps increased their interest in pursuing a STEM career after they leave school. Strikingly, 68% of Waukegan campers said a STEM career would be interesting and 55% said they would like to be a scientist when they leave school – gains of 38 and 31 percentage points respectively from pre- to post-survey. 70% of girls said “I think I have good science skills” – a gain of 26 percentage points from pre- to post-test and 73% said “I could take a model that is already built and improve the design,” a gain of 21 percentage points. Campers also increased their familiarity with all ten STEM careers discussed during camp by an average of 30 percentage points.

More than 94% of parents surveyed strongly agreed that the program “made STEM seem fun for their daughter(s)” and more than 73% strongly agreed that “the program will have a lasting positive impact on their daughter(s) after the summer is over.” In previous years, it has been noted that the girls initially confuse engineers with men who work on car engines and maintain that thought on the post- survey. This year 90% of the girls in Red Bud correctly identified an engineer and that they operate within an inquiry-based setting (i.e., they solve novel problems).

“My daughter comes home excited everyday about everything she does. She looks forward to it each year.”

“My oldest loves this program she has been coming every summer since she was in 3rd grade. My youngest got to come for the first and loved it, she wanted to know if she could go next week!”

“My daughter really enjoyed and we appreciate that a camp has been made to specifically encourage young girls to get involved in the sciences. We really hope you have the camp again next year!”

“I am so happy to see a program that encourages girls to go into STEM careers. As a woman engineer myself, I love seeing girls get excited about math, science and especially engineering. I wish more of these opportunities had been available when I was her age.”

“My daughter attended for the first but loved it all week! She couldn’t stop talking about all they did and we will definitely do it again so hopefully it will continue year after year. Great work from all the teachers and assistants!”

“I would rather see an increase in price than to see the program dropped. This is an awesome opportunity for these girls.”

“I thought this year was the best yet!! Thank you so much for getting the funding to continue the program! It was the one thing the girls didn’t want to miss this summer.”

The STEMgirls camps would not be possible without the support of our sponsors, Astellas, Abbott, Horizon Therapeutics and Lundbeck.

Please consider helping us continue to grow and expand our STEMgirls camps by attending the 2019 iCON Awards Dinner, or make a direct donation to the Camps below.