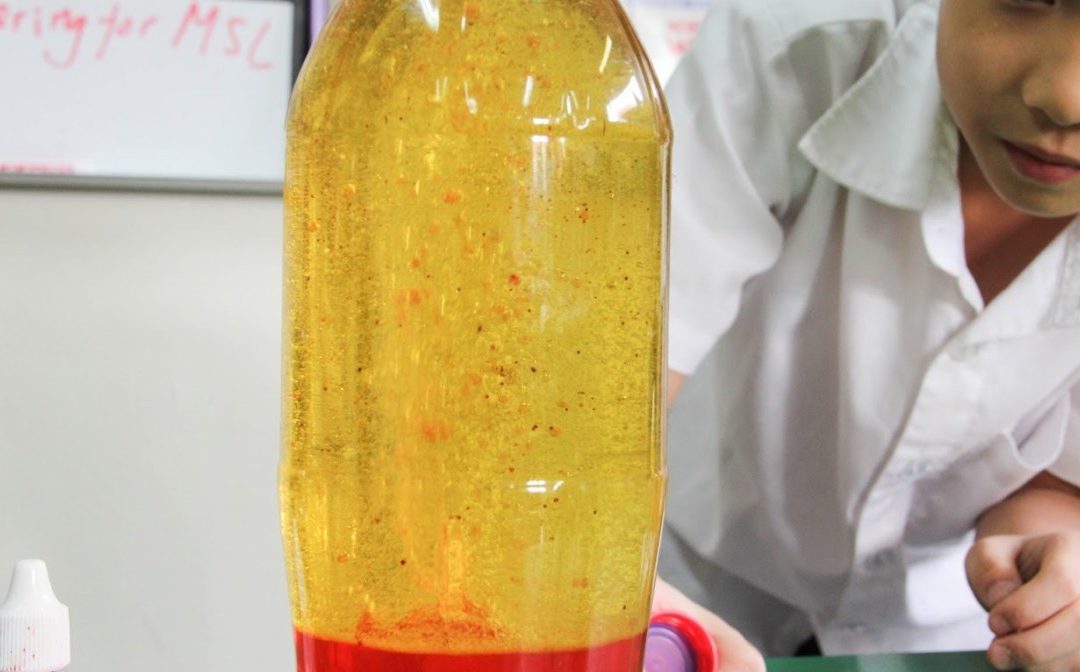 It is summertime and the kids are home. Yay! But how do you keep them busy and prevent summer learning loss? EDUCATE has sleuthed out fun, weekly, at-home STEM activities to keep your children’s minds active and encourage them to keep curious throughout the summer months.

Which of your favorite snack foods has the coolest dance moves? Stumped? Check out this experiment with Raisins that D-A-N-C-E! Maybe you can even hum a little Motown “Heard it through the Grapevine” for inspiration while you learn about density, buoyancy and the role of pressure in carbonated drinks.

For this experiment you will need:

Pour the can of soda into the tall glass. Notice the bubbles coming up from the bottom of the glass. The bubbles are carbon dioxide gas released from the liquid.

Drop 6 or 7 raisins into the glass. Watch the raisins for a few seconds. Describe what is happening to the raisins. Do they sink or float? Keep watching; what happens in the next several minutes?

Raisins are denser than the liquid in the soda, so initially they sink to the bottom of the glass. The carbonated soft drink releases carbon dioxide bubbles. When these bubbles stick to the rough surface of a raisin, the raisin is lifted because of the increase in buoyancy. When the raisin reaches the surface, the bubbles pop, and the carbon dioxide gas escapes into the air. This causes the raisin to lose buoyancy and sink. This rising and sinking of the raisins continues until most of the carbon dioxide has escaped, and the soda goes flat. Furthermore, with time the raisin gets soggy and becomes too heavy to rise to the surface.

You might want to try other objects to see if they exhibit this behavior. Any object whose density is just slightly greater than water’s and has a rough surface to which the gas bubbles can attach should be able to dance in the carbonated water. Some of the more common dancing substances are mothballs and pieces of uncooked pasta. Try putting other objects in the carbonated water. Can you find other substances that dance?

Another way to do this experiment is to generate the carbon dioxide gas using the reaction of baking soda and vinegar. Fill your glass about 1/2 full with water. Add one teaspoon of baking soda and stir until it is dissolved in the water. Add 6 or 7 raisins to the glass. SLOWLY pour in vinegar until the glass is about 3/4 full. The vinegar and baking soda react to form carbon dioxide bubbles, and the raisins will dance just as in the soft drink!