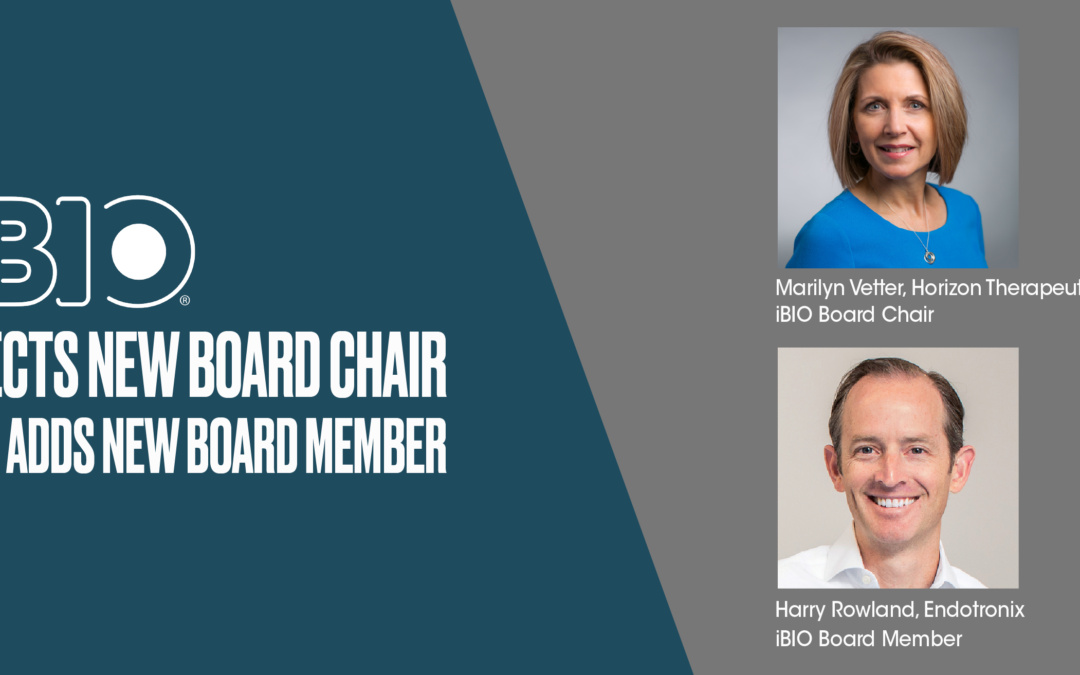 CHICAGO (Jan. 10, 2022)—The Illinois Biotechnology Innovation Organization (iBIO), the trade association that represents the 88,000 jobs in Illinois’ life sciences sector, today announced a new chair and the addition of a new member to its board of directors. Marilyn Vetter, group vice president, U.S. access strategy at Horizon Therapeutics, transitioned from vice-chair to chair of the iBIO board, and Harry D. Rowland, Ph.D., co-founder and chief executive officer of Endotronix, has joined as a board member. Vetter succeeds John Larson, general manager, alliance management at AbbVie, who recently completed his two-year term.

“With Marilyn’s and Harry’s collective leadership and industry experience, I’m thrilled for the future of iBIO as we increase our collaboration with state and federal policymakers to grow the state’s economy and help our member companies transform lives through groundbreaking research,” said John Conrad, president and chief executive officer, iBIO. “I’m grateful to John Larson for his leadership and commitment to iBIO and our community at a time of extraordinary growth and challenges.”

“The next three years are critical for Illinois’ life sciences industry as we expand the existing ecosystem,” said Marilyn Vetter. “With this in mind, I’m excited to continue iBIO’s impactful public policy advocacy, as well as connect our stakeholders with resources and engage our members to build a more resilient and inclusive life sciences community that focuses on pioneering innovative therapies for successful patient outcomes.”

In her role as board chair, Vetter will work to advance iBIO’s strategic plan, which includes fostering continued growth of Illinois’ life sciences industry by strengthening relationships with policymakers and creating greater cohesiveness among life sciences companies. The association also has a laser focus on advancing efforts to attract highly skilled and diverse talent and supporting the next generation of innovators. 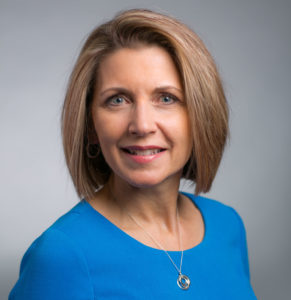 Vetter joined Horizon in July 2014 as senior director, government and public affairs. During her long tenure in the pharmaceutical industry, she has held numerous leadership roles in government affairs, managed markets and sales. Prior to joining Horizon, Vetter spent 15 years at Takeda Pharmaceuticals where she was director, government affairs leading the company’s government and public affairs efforts for Illinois and nine other states in the Midwest, after holding several roles in Takeda’s market access department. Prior to Takeda, Vetter spent seven years at Organon Inc. in many positions with increasing responsibility in managed markets and sales. Previously, she was an anchor and reporter at the NBC affiliate in Bismarck, N.D. where she covered state and local politics. She received a bachelor’s degree in communications and a minor in political science from the University of North Dakota in Grand Forks, N.D.

Harry D. Rowland is co-founder and CEO of Endotronix. Dr. Rowland has led the company’s operations, strategy, and technology development since inception. His vision has been integral in raising $100 million in venture capital and strategic financing and building the company to more than 70 people. He received his doctorate in mechanical engineering from the Georgia Institute of Technology, a bachelor’s degree in mechanical engineering and a master’s degree in economics from the University of California, Santa Barbara. Dr. Rowland has authored numerous journal papers in internationally recognized peer-reviewed publications such as Science and Nano, with his work referenced in nearly 500 scholarly articles, and he has presented his findings at multiple conferences. He has more than 15 issued patents and several pending applications.

The Illinois Biotechnology Innovation Organization (iBIO) is a life sciences industry association that represents the 88,000 life sciences employees in Illinois. iBIO promotes the industry’s value to the public and policymakers; connects innovators to investment and talent; stimulates collaboration and fosters the next generation of innovators and entrepreneurs to transform patient lives through groundbreaking research and works to grow the Illinois economy. To learn more about iBIO and its programs, visit http://www.ibio.org.