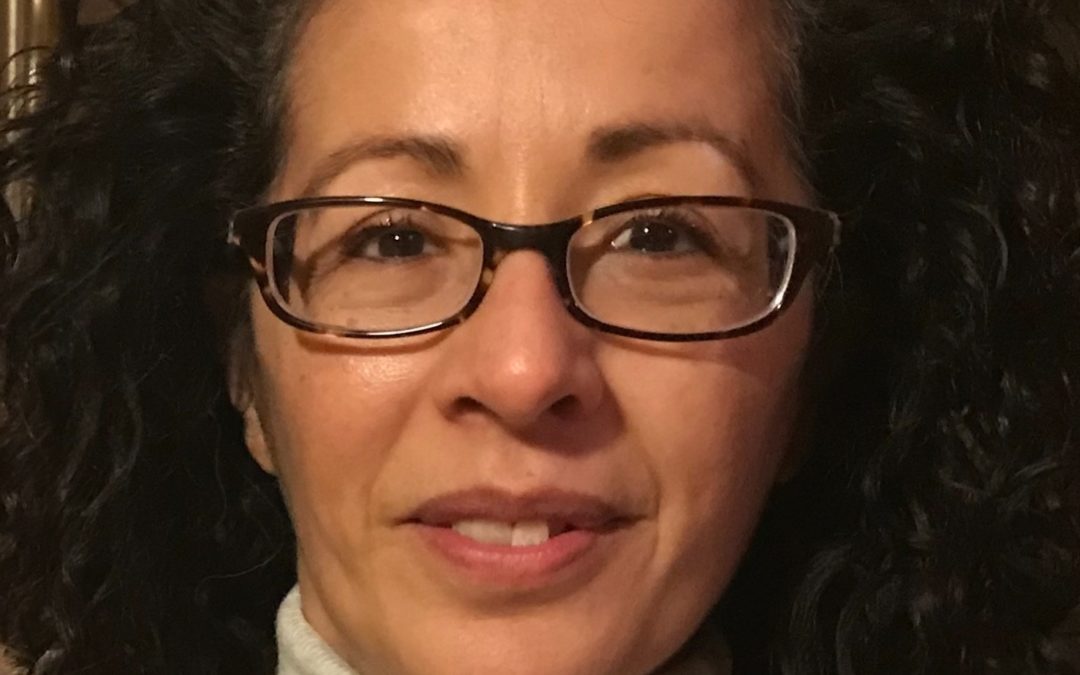 My name is Raquel, I’m 50 years old, I live in Illinois, and I have X-linked hypophosphatemia. As we all know, it’s a tough disease to live with. Luckily, I’ve had a lot of help along the way.

When I was younger, my dad loved to ride bikes, so naturally when there was a fundraiser at school in the form of a long bike ride, my dad couldn’t wait to participate. My dad always tried to show me that I could do things that other kids could do even though I had XLH. This bike ride was a clear example of his encouragement.

On race day, everything was going smoothly until I started to get really tired. I wasn’t used to that much activity. I thought I had to stop and probably not finish. Instead, my dad used a rope to tie his bike to mine and pulled me the rest of the way. I remember feeling the breeze and hearing the people on the sidelines cheering. He wanted me to know the satisfaction of rolling over the finish line. He didn’t want my XLH to limit me in any way.

Both of my parents are from Mexico, so every summer my sister and I would get shipped off to Juarez. No, I’m kidding; my parents wished they could have gone with us, but they had to work. My sister and I were able to spend time with our extended family, learn about our roots, and practice our Spanish.

As someone who has lived with a spontaneous case of XLH their entire life, I remember feeling more comfortable in Mexico. For one, everyone’s already pretty short, so I fit right in. And two, I didn’t go to the doctor’s office in Mexico; there were no medical exams and, as I remember it, very limited worries. I could really just be a kid and play and run off with the other kids.

Back home, my mom was a nurse and my dad worked at a factory that built and manufactured machinery and engines. I was an XLH patient, or as they called it vitamin D-resistant rickets. My legs were really bowed and I was teased or stared at. My parents had different ways of handling it. See, my dad he’d just walk behind me. When you walk like I did, people look, but they usually look more once you’ve passed them, so my dad would step in behind me to block me from curious onlookers. My mom on the other hand would go after people. If someone was staring at me; she would just stare right back at them. It was her way of saying—so, how do you like it? Or if another child, who maybe was a little chunky, was looking my way, she’d comment on his or her appearance. Most of the time, I’d be embarrassed and tell her to stop; other times, I say—okay, go get them, mom.

My sister took it a little differently when we were kids. One day when we were walking home from school, she was really mad at me. We were still in grade school and she said to me—I don’t want to walk with you. The other kids tease me because of you. I remember saying to her—do you think I chose this? I became annoyed with her, but after I remember thinking how my XLH has had an impact on my entire family, not just me.

The best advice I would offer to someone younger is to find your people. Surround yourself with people who are going to care for you and support you no matter what. Instead of bowed legs, they’ll look at you and think of your sense of humor, your wit, and your intelligence. My friends helped me to get through some tough years. I also never stopped trying to connect with people. I was a cheerleader in high school and then in college I was in a sorority. I never let my XLH hold me back from what I wanted to do, and by surrounding myself with good people, who were kind and positive and lifted me up, I was able to achieve all that I wanted to.

To give you a little insight into my medical journey with XLH, it started when I was diagnosed  at two years old. My legs were really bowed and after I started walking, my mom knew something was up. Our doctor recommended we see a specialist in St. Louis and that’s where I was diagnosed. I took phosphorous and Calcitriol, but I was really bad at taking it. When I turned 18 and they told me I didn’t need to take it, I was happy.

When you have XLH, you have a number of tough medical decisions to make for yourself or your child. First, I had to learn to advocate for myself as a patient. Since I was 16 years old, I’ve had stress fractures. First in my right tibia and then in my left. At 28 years old, the pain had become really bad. I went to a doctor in my network to explain what was going on, but he didn’t take my concerns seriously. I was treated like I didn’t know what I was talking about. When he finally saw the x-rays, he was shocked. He really couldn’t believe that I was walking and working with the fractures I had.

Years before, the doctors had suggested double osteotomies, but when I learned that I would have to be in a cast for the entire summer—missing out on all my favorite activities—I concluded that it just wasn’t worth it. Well, after years of pain, I was ready for a change, but I didn’t feel comfortable with the doctor I was referred to and because it was such a complicated, serious surgery, I held off until I found the right fit. After asking around, I discovered a very talented doctor whom I had full confidence in. I switched networks and doctors, and I had two osteotomies, which left me in two casts for a few months, but all in all the procedures were very successful.

Today, I live in Illinois with my parents and work full time in a doctor’s office. I had originally gone to school to be a teacher, but soon found out it wasn’t what I had in mind. I thought of my mom who was a nurse and the camaraderie of her staff. I had also already spent so much time with doctors and nurses so it was a natural transition for me to end up in the medical world. I manage an office of six physicians and 23 employees. I’ve been there for six years and it’s like a second home to me. We support and take care of each other. There’s also never a dull moment and I’m always on the go, which I really enjoy.

My mom, who has been diagnosed with dementia, has always struggled with my XLH more than my dad. The doctors were adamant that it came from somebody; they hadn’t seen a spontaneous case before, so they would ask about our relatives. It was as if they had been trying to find someone to blame. My dad just thought—it is what it is, I don’t care who gave it to her, she has it. Come to find out I have a spontaneous case, and the first time I came in contact with someone else with XLH was in my forties.

Today, life is very different for my parents and they need me like I needed them when I was young, so I show up. I do the grocery shopping, and I cook and clean. I make oatmeal on the weekends to last the week, and assemble slow cooker meals, so they have something to eat each night even when I get home late. At times, it can be hard, but it’s not something I think twice about doing for them. I see it as tying a rope around their handlebars and helping them forward as they did and will always do for me.