The Power of a Clinical Trial 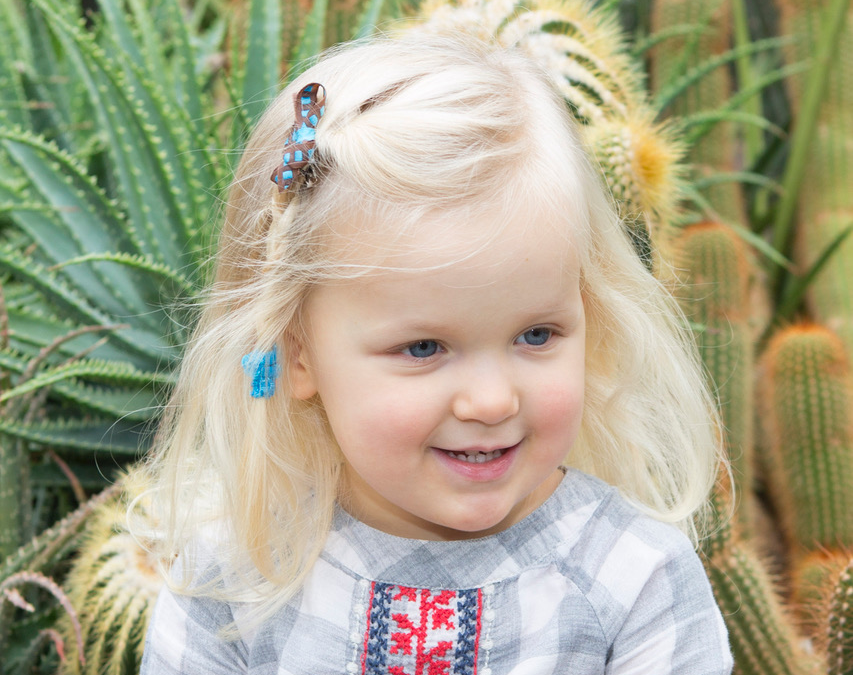 “Elizabeth was like a sound machine that helped her brother sleep. Her labored, nasally breathing was constant. But one night, she was so quiet, I got scared. I thought she had stopped breathing,” recalls Christy Clow, mother to Elizabeth and Daniel, now age three, and their big brother, five-year-old Patrick. “But she was quiet because her breathing had improved so much, primarily from medication she was getting in a clinical trial.”

In March 2016, a week after the birth of her twins, Christy and her husband, Michael, received devastating news: State-mandated genetic screening of newborns revealed that Elizabeth had cystic fibrosis (CF). According to the Cystic Fibrosis Foundation, CF is “a progressive, genetic disease that causes persistent lung infections and limits the ability to breathe over time.” Lung damage caused by CF eventually shortens a patient’s life, but medical advances have increased average life expectancy from the mid-20s in the 1980s to the late-40s currently.

Elizabeth was able to access a new, investigational medicine because Christy and her Michael chose to enroll their daughter in a clinical trial shortly after her first birthday. Elizabeth’s type of genetic mutation was a match with how the drug work’s in a CF patient’s body.

“By participating in a clinical trial, we are among the very few who have received a level of hope that just a few years ago was unimaginable,” Christy said with deep gratitude in her voice. “The impact of the drug was obvious by the third day!”

The medication helps to treat the abnormality in CF cells. Christy and Michael gave the medicine in soft food twice a day. This was in addition to other treatments that Elizabeth started shortly after her diagnosis, including inhaled medicines and chest physical therapy two times a day to loosen mucous that could accumulate in her lungs, enzymes with each meal to help her digest her food, and special vitamins. Elizabeth’s overall health, including her height and weight, was good when she entered the study but continued to improve over time.

Christy describes the medical team at Lurie Children’s Hospital in Chicago as “amazing.” At every appointment, Elizabeth was seen by a dedicated team of pulmonologists, nutritionists, nurses, social workers, and physical therapists. Christy and Michael say they will be forever grateful to the team.

“In a clinical trial, the patient may benefit from getting a new medication early, but you also have the benefit of additional doctor visits, blood draws and monitoring,” explained Susanna A. McColley, MD,Associate Chief Research Officer for Clinical Trials at Stanley Manne Children’s Research Institute at Lurie Children’s and Professor of Pediatrics at Northwestern University Feinberg School of Medicine, both in Chicago. “You are assessed more frequently than when you are receiving regular clinical care. You also have the satisfaction that you or your child’s participation is broadly going to help others who may be in a similar situation. Knowing that your actions may help your child and help others is very meaningful to many people.”

Altruism certainly is one of the motivating factors behind Michael and Christy’s decisions about Elizabeth’s care. They plan to continue to provide data to a CF registry long after Elizabeth exits the clinical trial later this year.

Christy says she wants to build on the success of people who advocated for public funding for new research, the Orphan Drug Act. Previously, children often did not receive an accurate CF diagnosis until they had severe symptoms, such as growth failure or daily cough. Implementing newborn screening throughout the United states has made a dramatic difference because treating CF before the onset of malnutrition and severe lung damage leads to better health outcomes.

“We are reaping the benefits of what other have done before, so I consider it my obligation to do the same for the next generation of kids,” Christy said. “We are grateful for their efforts and Michael and I and our family and friends are advocating to improve the lives of children with CF and other rare diseases.

“Elizabeth still has a long road ahead of her with lots of uncertainly, but what a gift for us to know that she could likely live to see the availability of a cure for CF while her lungs are still healthy enough to live a normal life. Advocating for her and other children is an important mission for us.”