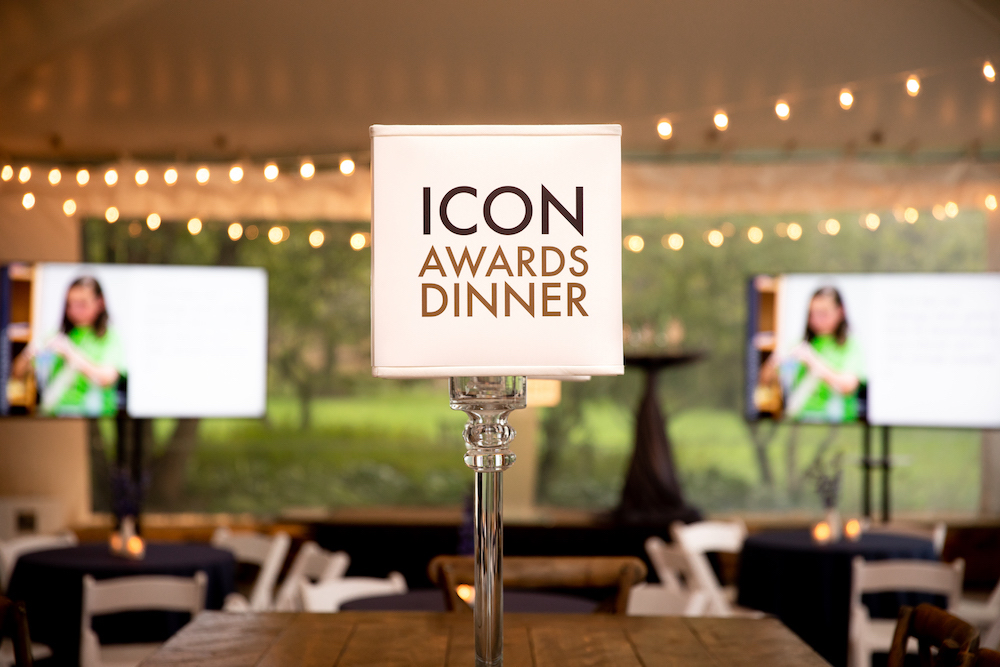 This evening, the iBIO Institute hosted the twelfth annual iCON awards last night at The Chicago Botanic Garden. The night brought members of the life sciences community together to celebrate the accomplishments of outstanding innovators and leaders whose work provides the basis for life sciences developments worldwide. Funds raised at the iCON Awards ceremony will support the mission of the iBIO Institute, a 501(c)3 public charity, which orchestrates business leadership in delivery of world-class educational after-school programs and summer STEM camps for girls grades 3-8 in underserved Illinois schools

“It was a great night celebrating the many advancements that the Illinois life sciences community has experienced over the last year, as well as the contributions of educators, researchers and entrepreneurs,” said John Conrad, president and CEO of iBIO and the iBIO Institute. “We were not only able to honor some true trailblazers in the field, but we also raised funds that allow us to continue providing STEM learning opportunities to students and teachers across the state.”

The 2018 Civic iCON Award was presented to The Stanley Manne Children’s Research Institute. Thomas Shanley, MD, Chairman of Pediatrics at Lurie Children’s Hospital and Chief Research Officer at The Manne Research Institute, accepted the award on behalf of the organization. For more than 30 years, the research at Ann & Robert H. Lurie Children’s Hospital of Chicago has been conducted through The Stanley Manne Children’s Research Institute, which focuses on improving child health and transforming pediatric medicine to ensure healthier futures for patients. The Manne Institute actively innovates in STEM by implementing community health programs in Chicago’s underserved neighborhoods.

The iBIO Institute introduced a new award this year called the iCON Community Award, which was created to honor an iBIO member organization that has demonstrated outstanding commitment to the communities it serves in Illinois. Tonight, the award was presented to Horizon Pharma.

Horizon launched its corporate social responsibility function in 2015 and as a small to mid-size company, has emerged as a trailblazer for giving. Since then, Horizon has partnered and supported more than 40 organizations, including Perspectives Charter Schools’ IIT Math and Science Academy. Through this partnership, Horizon employees work with more than 600 students from underserved communities in Chicago to help them excel in the STEM field.

Horizon has also partnered with Mount Sinai Hospital to create a new Access to Care Fund that underwrites the cost of prescriptions for low-income patients discharged from the emergency room. Other organizations Horizon supports includes Women in Bio and the Red Cross.

The 2018 iCON Entrepreneurial Award, which recognizes a pioneering entrepreneur who is a risk taker and visionary leader, was presented to Sean Nolan, CEO of AveXis, a leading gene therapy company developing treatments for rare and life-threatening neurological genetic diseases.

Nolan has served as the CEO of AveXis since 2015 and recently led the company through Phase 3 clinical trials for its lead product that treats patients suffering from Type 1 Spinal Muscular Atrophy (SMA), the number one genetic cause of infant mortality. Prior to joining AveXis, Nolan worked for InterMune in San Francisco as the company’s Executive Vice President and Chief Business Officer where he was responsible for building and leading the North American commercial organization and preparing for the anticipated U.S. launch of pirfenidone, a treatment for Idiopathic Pulmonary Fibrosis, a devastating orphan disease.

The 2018 iCON Innovator Award was given to Dr. Maryellen Giger, the A.N. Pritzker Professor of Radiology, the Committee on Medical Physics and the College Vice-Chair for Basic Science Research in the Department of Radiology at the University of Chicago.

Dr. Giger is considered to be one of the pioneers in the development of computer-aided diagnosis (CAD). She has authored or co-authored more than 180 peer-reviewed journal articles, is an inventor on over 35 U.S. patents and serves as a reviewer for various national and international granting agencies including the National Institute of Health and the U.S. Army.She is a member of the National Academy of Engineering (NAE) and was awarded the William D. Coolidge Award from the American Association of Physicists in Medicine, the highest award given by the AAPM. In 2013, she was named by the International Congress on Medical Physics (ICMP) as one of the 50 medical physicists with the most impact on the field in the last 50 years.

The iCON Knowledge Builder Award was presented to Allison Hennings, a biology teacher at Oak Park River Forest High School in Oak Park, Illinois, where she leads the school’s award-winning independent research program. For the last six years, Ms. Hennings has actively encouraged her students to participate in iBIO’s annual Illinois BioGENEius Competition, and every year OPRF students represent a significant majority of BioGENEius participants based on selection and quality of their projects. Last year, one of her students won the statewide competition and went on to compete in the international competition in Boston over the summer. Before becoming a high school teacher, Ms. Hennings was an intensive care nurse at Loyola University’s Medical Center for 12 years.